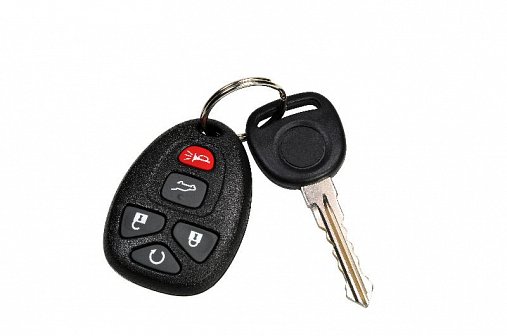 "Excuse me, but do you have a blue Chevy Malibu with Arizona plates?"

I slowly turned on my barstool, keeping one eye on the mesmerizing NBA playoff game coming down to the wire.  "What did you say?"

The waitress kindly repeated the question.  I looked down at my rental car keys on the bar next to my dinner plate.  Even though I had rented the car in LA, I remembered it had Arizona plates.  "Actually, I do.  What's up?"

"Oh finally!  I've asked everybody in the restaurant but you.  There is a lady outside who has been watching your car for the last fifteen minutes.  She noticed your lights were on and your trunk wide open.  She saw a lot of luggage and valuables in it, and it's a big city, so she didn't want to leave 'til she found you."

"Wow!  How thoughtful of her.  And you too.  Thanks."  I went outside.  There she was, standing behind the car, intently staring at my trunk.

"Thank goodness," she said as I approached.  "I'm glad they found you.  There's something wrong with your car.  I was walking by and suddenly the lights went on and the trunk popped open.  I looked around and saw nobody.  Since there was lots of stuff in the trunk, I shut it and walked a few feet and 'voilà! It happened again.  And again!  I wasn't going to leave your car until they found you."

I was astounded.  "Thanks so much for watching out for me.  It must be a wiring problem, let's see what happens."

We stood in the parking lot together, watching the closed trunk like a baby chick about to hatch.  Nothing happened.  She started to get uncomfortable.

"It should do it by now!" she sighed.  I began to hope that it would do it again just so the nice lady wouldn't feel like she was going batty.

"Well.  I really appreciate your concern.  I'll keep my eye on it."

She left, shaking her head, and I went back into the restaurant, took my seat at the bar and every few minutes got up and walked to the window where I could see the car. Nothing. 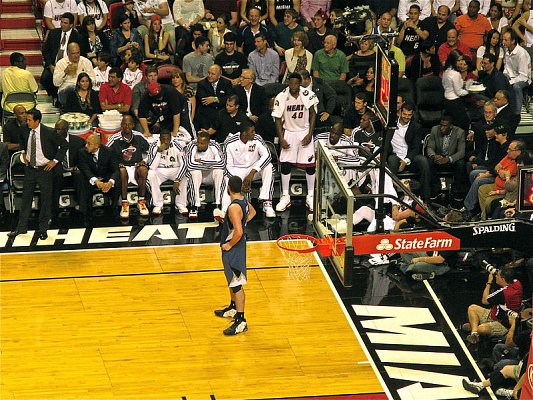 I put the keys back on the bar and before long I was absorbed back in the game.  The Miami Heat and San Antonio Spurs were coming down to the final two minutes and I was fidgeting more than the guys on the bench!  At a commercial break, I happened to look down at my left hand.  In it were the keys!

I leaped off the barstool and went to the window.  Sure enough, the lights were on and the trunk wide open.  It was me!  For fifteen minutes I had kept a kind stranger in the parking lot on security detail, and a waitress wandering the restaurant from table to table while I unconsciously pressed buttons on the car keys with every amazing shot, steal or foul.

If I had just taken a moment to be centered, to get fully aware of the present moment and what I was doing, it would have saved some really good folks - folks I never even met - some time and effort.

Now, this event turned out to be funny and harmless, but it made me wonder if the reverse was also true.  How many unseen people are we positively affecting when we DO remember to be centered?

Thomas Crum is an author and presenter in the fields of conflict resolution, peak performance, and stress management.  He is known throughout the world for The Thomas Crum Approach, taught through best-selling books, audio and visual materials, and live presentations of varying length and designed to help people become more centered under conflict, more resourceful when facing challenges, and more effective under stress.

For over 30 years, Tom has been a teacher of Aikido, a graceful martial art which uses energy rather than force to resolve conflicts, and he includes principles and movements from Aikido, Tai Chi Chuan, Qi Gong, and other mind-body arts in his presentations, creating an experiential event which adds excitement, color, and value.

Ki (pronounced “key”) is Japanese for universal energy or life force; it’s the symbol I use as my logo. Ki Moments are those moments in which you are fully aware of your life force and your ability to influence your environment. Ki Moments hold challenge and opportunity. How you handle them is what makes life interesting and powerful.

Ki Moments is a blog and a monthly newsletter.

Judy Ringer is a conflict and communication skills trainer, black belt in Aikido, and founder of Power & Presence Training and Portsmouth Aikido. Would you like free tips and articles every month? Subscribe to Ki Moments!

You’re welcome to reprint all or parts of this article. Please include “About the Author” text, and a link to my Website. If you have any questions, send me a note at judy@judyringer.com.